Louis Porter. Wires at Night
These photographs were taken in Beijing during the buildup to the 2008 Olympic Games.
As with many cities, Beijing underwent radical urban and social cleansing in the approach
to hosting the Olympics. Large sections of the city appeared to change almost overnight.
Despite this, the bundles of tangled wires over-hanging the streets, perhaps because of their
ubiquity, were often overlooked. 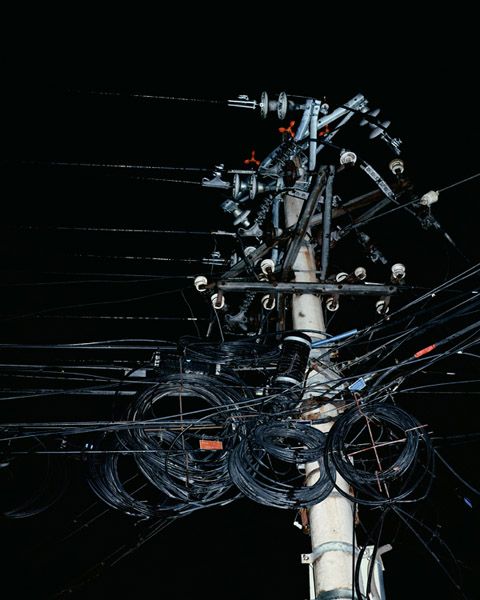 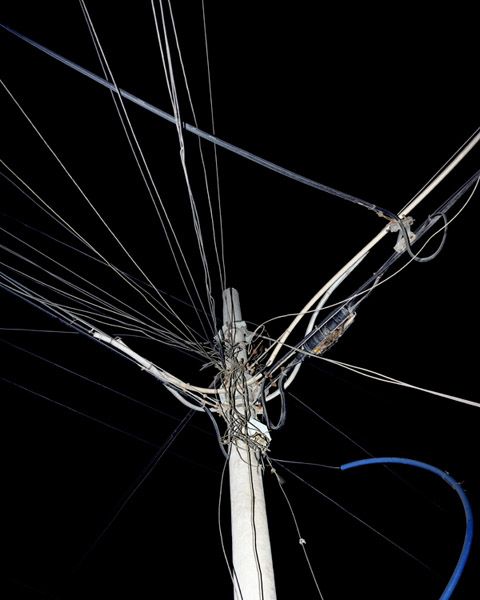 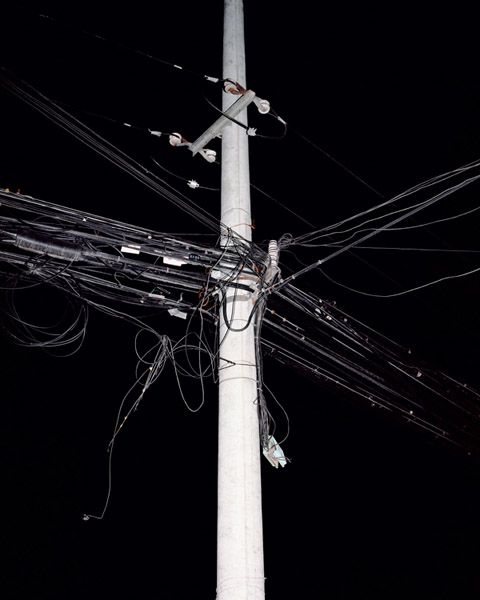